SAUCE FOR THE GOOSE 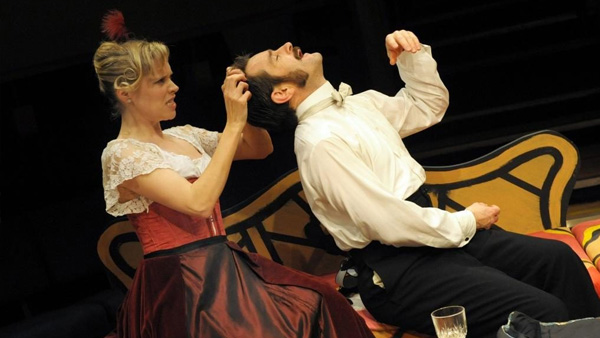 SAUCE FOR THE GOOSE

“Blissfully funny…Portrayed with captivating wit and spirit by Beth Cordingly, Lucienne is a beautiful, happily married bourgeois woman who is plagued by the attention of two admirers…A treat.”
Paul Taylor, The Independent read the full review at www.independent.co.uk

★★★★
“Lucienne truly loves Vatelin; in Cordingly’s heartfelt performance, the pain of his betrayal is real and acute. It is this complexity of flavour that makes it more than just a big belly of laughs; it’s a richly satisfying dish.”
Sam Marlowe, The Times

★★★★
“Is there anything funnier in the history of farce than the central act of this 1896 Georges Feydeau play?…What is unusual about Sam Walters’s production is that it treats the characters as real people rather than whirling automata…There is a rueful tenderness between Beth Cordingly’s beguiling Lucienne and the fraught Stuart Fox as her lawyer-husband…The attention to character pays off handsomely.
Michael Billington, the Guardian read the full review at www.guardian.co.uk

★★★★
“Beth Cordingly, as the handsome dame in dispute, remains beyond reproach throughout — even when awkwardly negotiating carnal revenge…delicious performances…as fizzy as vintage champagne.”
Patrick Marmion, Daily Mail read the full review at www.dailymail.co.uk

★★★★
“Beth Cordingly keeps a fine poker face as the wife attempting to establish hubby’s fidelity or otherwise. This is a farce, and a production, that squares the circle: the action moves like a well-oiled machine while the characters remain thoroughly and hearteningly human.”
Ian Shuttleworth, Financial Times read the full review at www.ft.com

“The reason this production is so captivating is not so much the jokes as the value the director and cast place on bringing out the characters’ humanity. Lucienne’s plan for revenge comes across as fair and strong-minded, rather than pious and self-righteous, with Beth Cordingly giving spirit, wit and poise to the part…A triumph.”
Laura Silverman, TheArtsDesk.com read the full review at www.theartsdesk.com 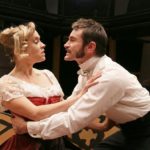 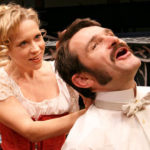 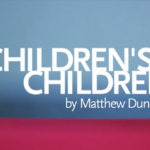 THE JEW OF MALTA 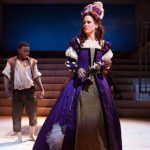